TIS the Season of GIVING! 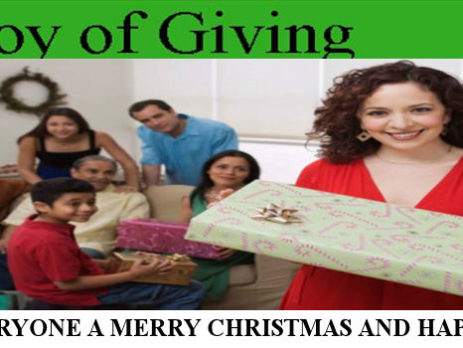 WE have all heard many stories of nonprofits, some very big and well known, being involved in a scandal or financial mismanagement. How can we trust that when we make a donation to a nonprofit it will be used for good and the agency is fiscally responsible with our money?

About 40% of all individual nonprofit donations are made in December. Charity Navigator projects nonprofits will raise at least $100 billion this holiday season.

Forearmed is forewarned when giving generously to a nonprofit you haven’t given to before. Here are four ways, women (and men), can make intelligent giving decisions during the holiday season and throughout the year.

1.) Do your homework
“Before you give, be sure to look at a variety of resources that will help you to evaluate the credibility and performance of your charity, like Charity Navigator or Guide Star,” said Susan Cooney, founder of Givelocity and formerly of PayPal and LinkExchange. Using these sources and others you can ensure that the organization is financially sound, accountable, transparent, and results-driven.

2.) Learn from other donors
The brutal truth is that people are more likely to talk about bad experiences than good ones and one of the easiest ways to share their frustration is via social media. Check Facebook and Twitter to find out whether a nonprofit you want to give to has a bad reputation. Use websites like Great Nonprofits, which serve as “The Yelp” for nonprofits, and the Better Business Bureau.

3.) Choose an “all-charity” giving platform
“Be wary of [general] crowdfunding sites,” warns Charity Navigator. “With little to no vetting going on by these platforms, they are a very risky way to donate [to a nonprofit].” This can be particularly true after a disaster or tragedy.

Sites such as GlobalGiving, Catapult, and Givelocity all have vetting processes. Fund for Women assists with vetting of organizations and projects for Catapult. Givelocity uses Charity Navigator four-star charities as its starting point. Members’ votes serve as a secondary filter.

4.) Learn from major corporations
Corporate giving has grown significantly over the years. Corporations do a lot of vetting before they tie their brands to a nonprofit. It’s usually a good sign when a nonprofit has a lot of corporate supporters.

A note of caution. No one methodology is foolproof. Susan G. Komen retains Charity Navigator’s highest rating of four stars and has lots of corporate sponsors (though it has lost many) despite drawing attention for paying its CEO a “very high” salary, withdrawing funding from Planned Parenthood, and its misalignment with a sponsor. Of course, the media and social media, took Komen to task so with a few clicks you’ll know about all the controversial things its done and on which side of the controversy you stand.

LOCALLY, you can use your local Community Foundation to help you research local groups that you are considering a gift. In Volusia, Flagler and Putnam Counties the Community Foundation of East Central Florida can be your resource. They are committed to building philanthropy in our community and helping donors with their giving. You can establish a fund with them and they will help you vet the agencies and make grants to them from your fund. They also have established Area of Interest funds that you can give $5 or thousands of dollars and support a cause you are passionate about such as: Arts & Culture, Animal Welfare, Environment, Education, Children and Youth, etc. The foundation makes grants each year to nonprofits in our community now and in the future. For more information, contact the foundation at: giving@cfecf.org or 386-734-4075.

‘Tis the season to give. Give generously but wisely. 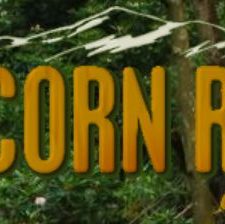 Planning on visiting the Gatlinburg area in 2018? May we suggest checking out Acorn Ridge Cabin Rentals for your cabin/housing needs? We have been working with the amazing team at Acorn Ridge Cabin Rentals since 2010! We have the privilege to write their monthly newsletter and manage their digital broadcasting. This 5 star rated cabin rental firm has a long history of providing excellent customer service. They really care about their guests who most make a tradition to stay with them...
January 2, 2018 By Diane MichaelNewsAcornRidgeCabinRentals, Advertising Daytona Beach, Callan Group, Callan Group Commnications, CallanGroup, Diane Michael, Digital Di, Don't Be Prehistoric, emailnewsletters, Marketing Daytona, Social Media Ormond Beach, The Callan Group0 Comments 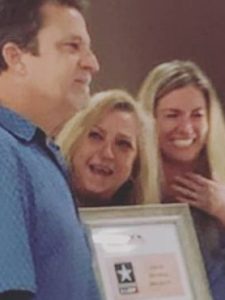 “Appreciation is a wonderful thing: It makes what is excellent in others belong to us as well.” Voltaire

Tears were shed last night at our client's meeting when our creative director was presented with a surprise! The President of the Florida Swimming Pool Association, East Central Chapter and his wife presented Diane with a commemorative brick that will forever be on the new bridge that is being built over Silver Beach. They have a Veteran's Memorial opportunity where individuals can purchase bricks in honor and in memory of Veterans. Diane was awarded for her military service and for her...
January 11, 2019 By Diane MichaelNewsAdvertising Daytona Beach, Callan Group, Callan Group Commnications, CallanGroup, CallanGroupCommunications, Diane Michael, Digital Di, Don't Be Prehistoric, emailnewsletters, Marketing Daytona, Social Media Ormond Beach, The Callan Group0 Comments

CGC was thrilled to be chosen to work on this extremely cool account in December 2017. Our amazingly talented Patrick Langley created their website and it was off to the races… Meet Jeff Jahr, owner of Candock North Florida. Jeff, a resident of New Smyrna Beach, opened Candock North Florida in September 2017 off of US Highway 1 in Ormond Beach, right next to the World Famous Iron Horse. With a vast background in sales and extensive knowledge of the...
April 19, 2018 By Diane MichaelNewsAdvertising Daytona Beach, Callan Group, Callan Group Commnications, CallanGroup, CallanGroupCommunications, CandockNorthFlorida, Diane Michael, Digital Di, FloatingDocksDaytona, JeffJahr, Marketing Daytona, The Callan Group0 Comments 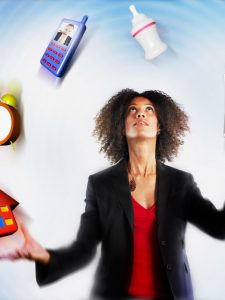 Callan Group Communications responds on behalf of many of our clients on their platforms. Because we are an extension of their marketing and business development, we understand how to communicate their company goals and culture and do this by way of responding in their voice over dozens of platforms. This was a response we received from a newsletter that was sent out for one of our clients. We didn’t change grammatical or spelling errors. “Obviously u have music on Thursday. I...
June 19, 2022 By Diane MichaelNewsAdvertising Daytona Beach, AssociationManagement, Callan Group, Callan Group Commnications, CallanGroup, CallanGroupCommunications, dianemichael, Digital Di, Don't Be Prehistoric, emailnewsletters, InstagramDaytonaBeach, LinkedInMarketingDaytona, Marketing Daytona, marketingconsulting, ReviewSites, ReviewSiteTurnKey, Social Media Ormond Beach, surveysdaytonabeach, The Callan Group0 Comments 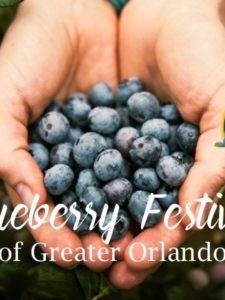 Browsing through Facebook last weekend we came across Southern Hill Farm's Blueberry Picking Weekend which made me pause. The fact that they had two food trucks participating made me even more interested. With over 400 people interested/going I wondered where Clermont was and proceeded to Google maps to find out. An hour and some change from Port Orange, not too bad. I contacted my sweetheart and asked if he wanted to go blueberry picking. We both were raised up...
April 15, 2017 By Diane MichaelEvents, NewsBlueberry Festival Orlando, Callan Group, Callan Group Commnications, CallanGroup, ChefMarkPullin, Diane Michael, Digital Di, Don't Be Prehistoric, FollowThe420Truck, FoodTruckDaytona, FoodTruckPortOrange, Marketing Daytona, Social Media Ormond Beach, The Callan Group, The Good Food Truck, TheGoodFoodTruck0 Comments 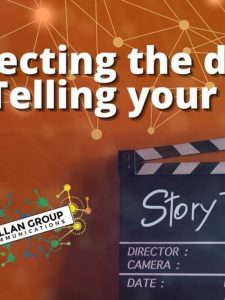 Storytelling is an important style of marketing that is too often overlooked. Everyone loves a good story and behind most businesses lies a GREAT one! First, you must decide what story you want to tell. Generally, you will start with your purpose. 1. Why did you start your business? 2. Was it to solve a problem that you had previously? 3. Was it something you were always passionate about? 4. Did people keep telling you that you belonged in that particular industry? I recently heard...
September 25, 2021 By Diane MichaelNewsAdvertising Daytona Beach, AssociationManagement, Callan Group, Callan Group Commnications, CallanGroup, CallanGroupCommunications, Diane Michael, dianemichael, Digital Di, Don't Be Prehistoric, emailnewsletters, InstagramDaytonaBeach, LinkedInMarketingDaytona, Marketing Daytona, ReviewSites, ReviewSiteTurnKey, Social Media Ormond Beach, surveysdaytonabeach, The Callan Group0 Comments 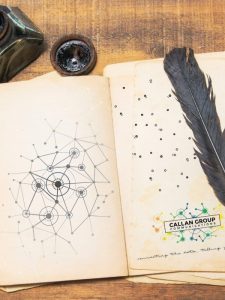 To Print or Not to Print (Media) 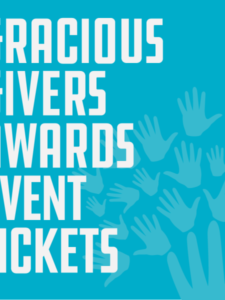 Callan Group Communications was introduced to Foundation 37 last year. After learning about the amazing work that they do in our community, CGC decided to be a sponsor for their day of giving at Walmart during the holiday season. They do emotional work that touches our hearts and we are proud to support them once again! If you're looking to to learn more about Foundation 37 please consider attending the "Gracious Givers" Awards Banquet happening on April 7th at Atlantic...
March 28, 2018 By Diane MichaelEvents, NewsAdvertising Daytona Beach, Callan Group Commnications, CallanGroup, CallanGroupCommunications, Diane Michael, Digital Di, Don't Be Prehistoric, emailnewsletters, Foundation37, Marketing Daytona, The Callan Group0 Comments 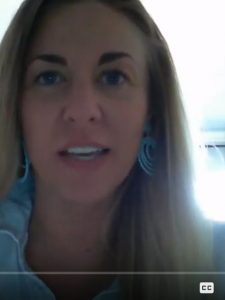 Survey Suggestions for Your Clients & Your Staff

When it comes to surveys, Callan Group Communications recommends sending them to your clients at the minimum every year. BUT when is the last time you thought about sending surveys to your employees? Or even your vendors? You've heard so many times, "communication is key" but how are you executing that in your business world? We recommend a few quick tips in this five minute YouTube video. If you have any other suggestions, please feel free to comment on the video....
July 8, 2019 By Diane MichaelNewsAdvertising Daytona Beach, Callan Group, Callan Group Commnications, CallanGroup, CallanGroupCommunications, Diane Michael, Digital Di, Don't Be Prehistoric, emailnewsletters, LinkedInMarketingDaytona, Marketing Daytona, ReviewSites, Social Media Ormond Beach, surveysdaytonabeach, The Callan Group0 Comments 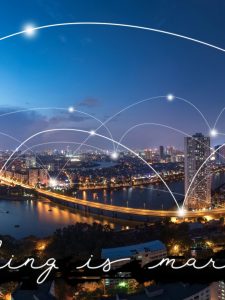 Get a Digital Profile for Your Business

Marketing is an important part of every company, no matter how large or small. Bringing your business to the attention of the community and making sure you stay relevant will increase your bottom line. Because we know every business has a different budget for marketing we offer a variety of custom programs to fit the needs of your business and boy are we rocking! We are very blessed to have so many new clients during this interesting time in our...
August 8, 2021 By Diane MichaelNewsAdvertising Daytona Beach, AssociationManagement, Callan Group, Callan Group Commnications, CallanGroup, CallanGroupCommunications, Diane Michael, dianemichael, Digital Di, Don't Be Prehistoric, emailnewsletters, InstagramDaytonaBeach, LinkedInMarketingDaytona, Marketing Daytona, ReviewSites, ReviewSiteTurnKey, Social Media Ormond Beach, surveysdaytonabeach, The Callan Group0 Comments